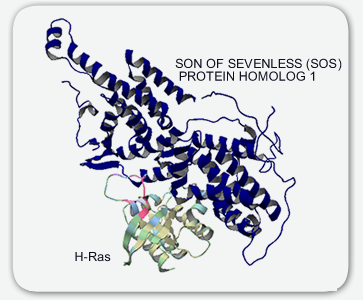 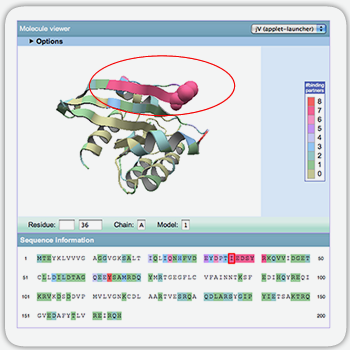 Calmodulin is a calcium-binding protein found in all eukaryotic cells. This protein has two symmetrical domains, separated by a flexible hinge region. Calmodulin bind and regulate many different protein targets, involving many different cellular functions.

Actin is a globular protein found in all eukaryotic cells. It is the monomeric subunit of microfilaments, one of the three major components of the cytoskeleton, and of thin filaments. Actin participates in many important cellular functions, including muscle contraction, cell motility, cell division and vesicle movement.

PiSITE provides 13 different binding states, including 10 different binding partners, for this protein. As shown in the molecule viewer in default state, actin has a hot spot, including residues 340 to 360. Most of actin-regulating proteins, such as "PROFILIN", "GELSOLIN" and "TOXOFILIN" bind to this region. These binding proteins function in different ways. However, all of them have the function to inhibit the polymerizations of actin molecules.